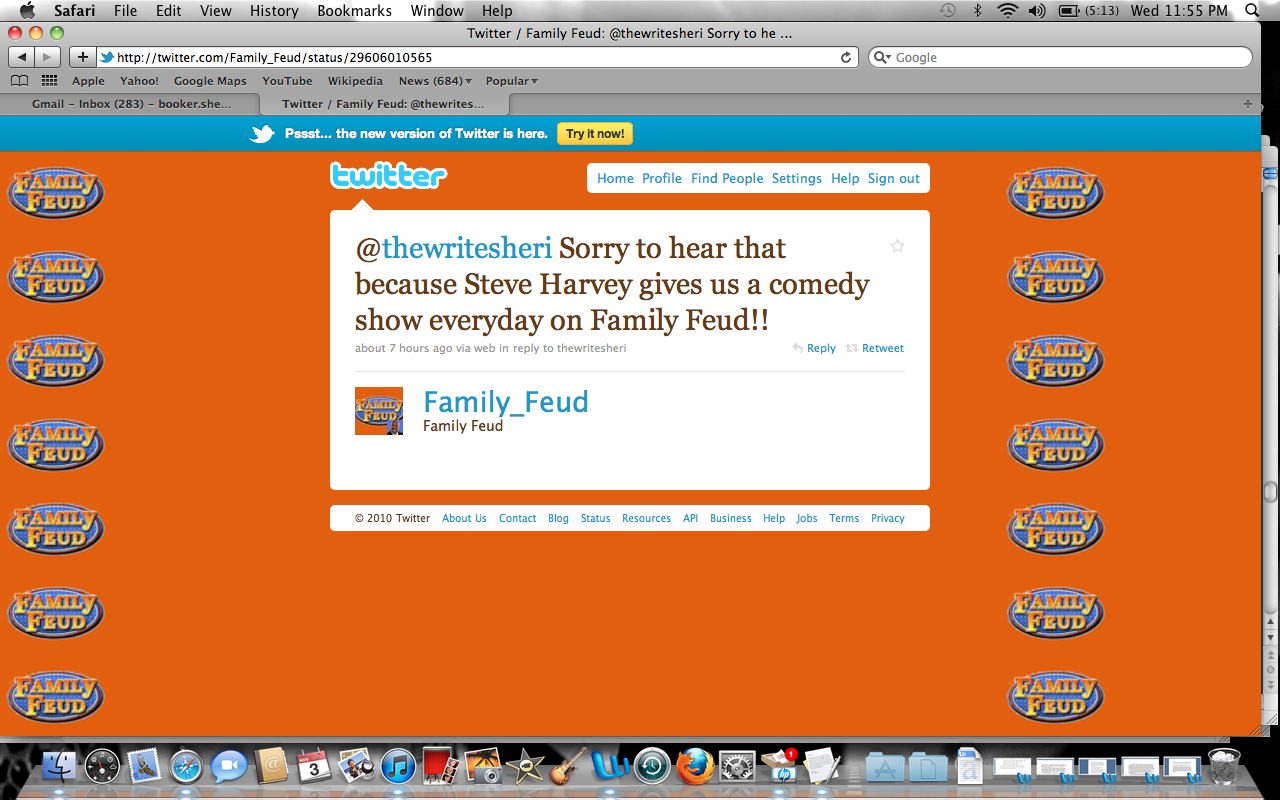 King of Comedy and radio host Steve Harvey is now the host of the classic game show Family Feud. I’ve had the opportunity to watch the show a few times and I don’t necessarily like him as the host. I think his personality overshadows the show itself and I sometimes get overwhelmed with it. I’ve never known Family Feud to be a comedy show but a fun game show. Now all of the questions seem sexual and relationship based. It feels like the family part is missing.

So, I posted this on twitter earlier, “I’m not feeling Steve Harvey as the host of Family Feud.”  And the official twitter page responded to me in his defense. Here’s the thing, I love Steve Harvey. I love Family Feud. I just don’t love them together. I’m just saying.  You be the judge.

On Dreams… Or what …

Are You There God???