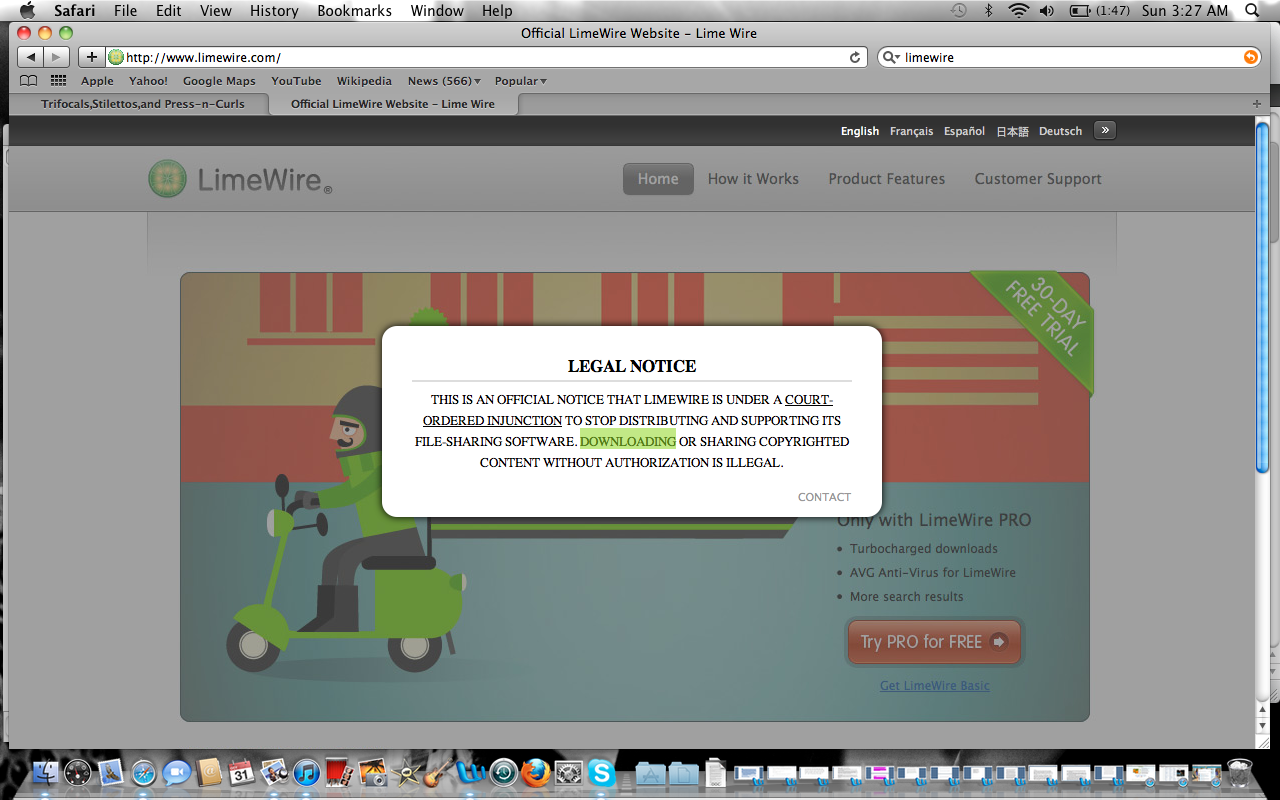 We’ve all been guilty of using Limewire, or at least downloading a song from somewhere on the web without paying for it. I know, I feel ashamed. But I was devastated when I tried to download Nicki Minaj’s new single and was unable to open up the Limewire application. At first there was a message saying that they were under a court order to shut down the site. Then I tried to revisit the site the next day and it automatically closes down on you.  I’ve been hoping that the music industry would be able to take some type of action when it comes to piracy but damn it, I never imagined it would have to end with Limewire.

Order your Casket at …